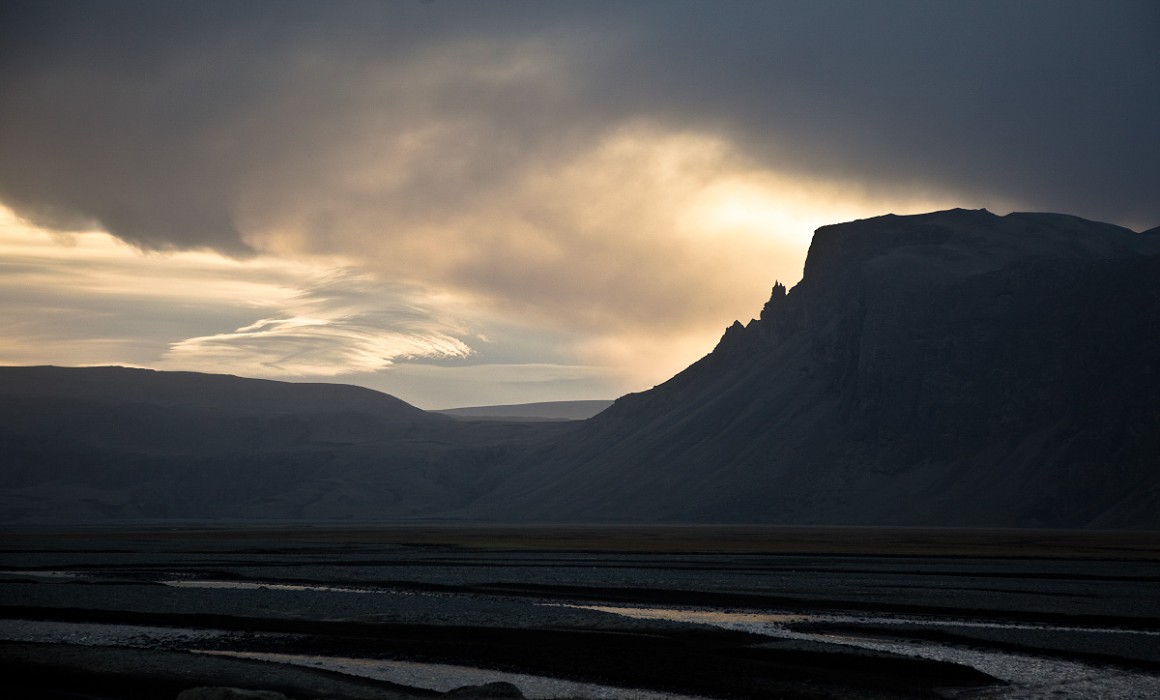 So the second day at the volcano (oh yeah, I have the habit of being non-coherent regarding date and posts order) I woke up in the car to a beautiful sunrise directly in the volcano cloud. The ground was shaking and I could hear the rumble of the mountain in the distance. The view was nothing short of amazing. Since the previous day I did get behind the mountain offroad and there was no lava or even steam coming from the crater I taught I’l follow the trail of ash that was heading south-east, towards the little town of Vik, 70km away. Vik is a beautiful town in the far south of the island that I have some photos from last time I was there (the ones with a black beach and big waves). Also a very nice place to try to spot the cute puffins that are so hard to find. And that was the plan to do when I get there, however things were a little differend from last time.
As I drove by the cloud of ash was lower and lower until the da became like night and the air non breathable. Ten seconds out of the car and the nose and eyes get full of thick pieces of ash, not the fine one you’d imagine, but big pieces that you could feel hit you and brake on impact. I finally was glad that I got a strong 4×4 , otherwise the car might have gotten stuck from the air filter and it was not a good place to be trapped on. The more I drove the thicker the ash on the ground was until in Vik it was 10cm thick . From the beautiful town that I saw last time, Vik was now a ghost town by all means. There was no one there, not on hte street at least, many vehicles were abandoned and houses looked deserted. Because of the morning light from the sun the image was even eerier. Hoever it was exactly at the end of the town where the disaster stoped, and from there on the sky was clear as ever and the air breathable again. I am thinking however what the view would be when one of the big volcanoes (Eyjafjallajökull is by all standards a small volcano) will errupt and what it will do to our lifestyle and economy. 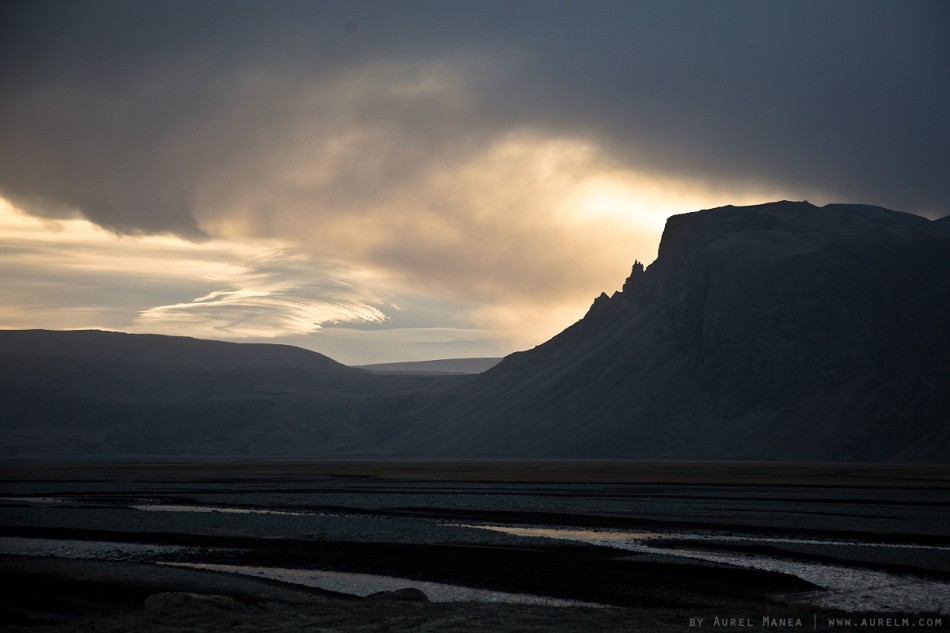 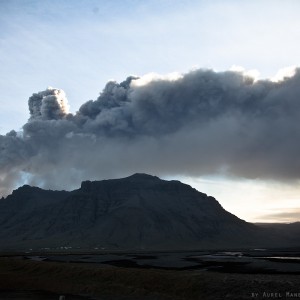 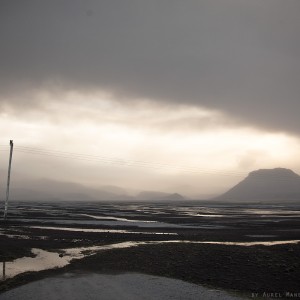 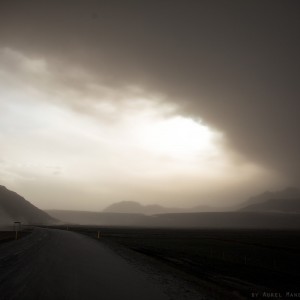 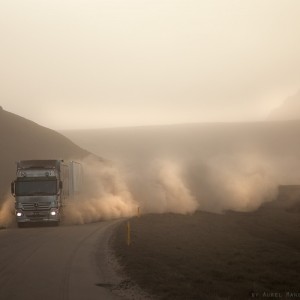 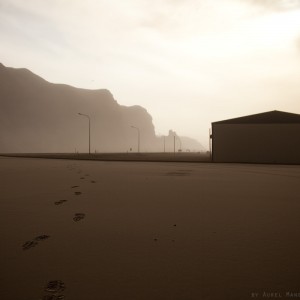