The remains of a bright and happy future

If Stalker had a winter environment, this is probably how it would look like. These are remains of unfinished buildings from the communist era that cand be found in Zapaden Park (Western Park ) in Sofia. Most of what was left was stolen by gypsies and the rest is now just ruins, used as Garbage depositing places.  Now that the first snow covered the whole city it makes an interesting view.
The park is otherwise very nice, wild, more like a forest. The lack of lighting makes it a really creepy to walk through during the night, but I have friends that have to go through it all the time coming back from work and say it’s safe. That is compared to our parks, like Tineretului where it might not be a good idea to venture. 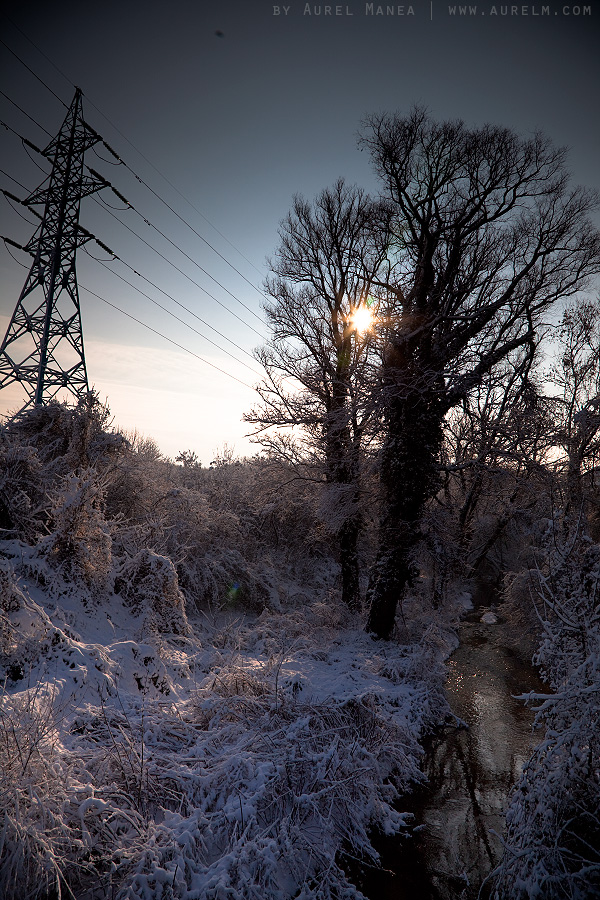 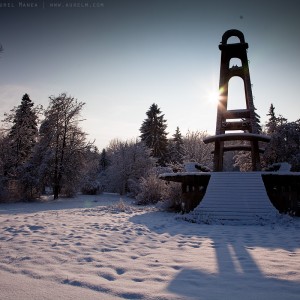 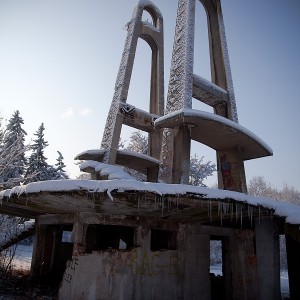 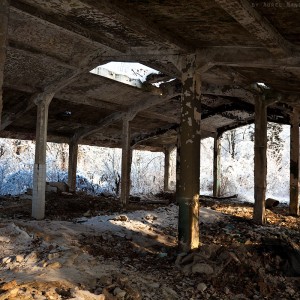 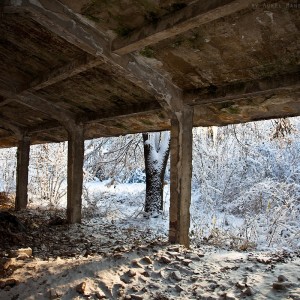 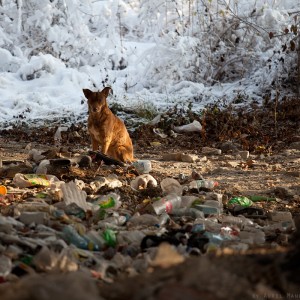 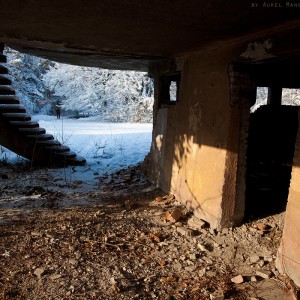 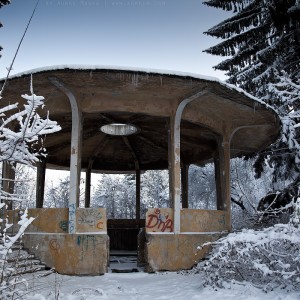